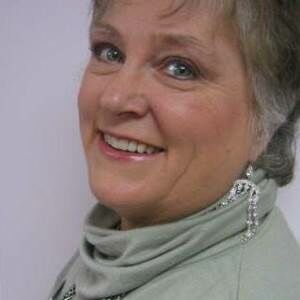 Consent to Contact
I consent to receive marketing content from Coldwell Banker Real Estate LLC and licensed agents within. This includes, but is not limited to, relevant market reports, listing information, newsletters, and event info. Consent can be withdrawn at any time by clicking the "unsubscribe" link contained in any email.

PUT THE ACCENT ON SERVICE!

Born in England, Susan retains her old-world accent, & an English proclivity toward horticulture. She is a Master Gardener and some-time garden writer who finds little more pleasing than plunging her hands into the earth.

Little wonder then, that whether buying or selling, she'll give great advice about curb appeal.

Of course, studying architecture at Rhode Island School of Design (& growing up with an award-winning architect father) imparted sensitivity for interior aesthetics too, coupled with an understanding of structure. Add a curriculum vitae which includes one time potter, & graphic designer, & she's developed quite an "eye" for scale, texture and ornament.

She has experience ranging from freelance artist to corporate travel manager, even owner/operator of TC's former tourist attraction, the Grand Traverse Dinner Train.

The smile & the compost tea in her veins are genetic. Her knowledge of Botanical Latin & her ability to converse in French and German are self-taught.

As a Certified Home Marketing Specialist, she has the skills to help sell your home - and for buyers she's happy to go that extra mile to find the perfect new home. The accent really is "Service."

And as a Master Gardener, I'm happy to give new homeowners gardening advice

Susan immigrated to the United States at the age of 15, moving with her family, from Stoke-on-Trent, England, to Trenton, New Jersey. She graduated, after one year in High school, in 1968 & after a short stint at Douglass College, settled down to study architecture at Rhode Island School of Design. However, she didn't use the skills she had learned there, preferring instead, to pursue a career as a freelance graphic artist. She designed posters to advertise upcoming concerts and worked with several rock bands, for whom she designed logos, stage clothing and lightshows. This was hardly the sort of work which put bread on the table, so she found herself supplementing income as a travel agent. In fact, she worked her way from agent to manager of the in-house agency at Mobil Oil Corporation, where challenges ranged from dealing with life under Saudi Arabian restrictions to refinery fires to - ah earliest experience - arranging the packaging and shipping of households all over the world! And co-ordinating the subsequent sale of re-posted engineers' homes! But it took a year in Australia, and several years running her own business before she was ready to adopt real estate full time!

Dynamic professional with a strong background in customer service and marketing. Possesses polished communication skills, public relations talent, and the ability to provide excellent customer support. Personable and outgoing. Comfortable communicating with people from diverse backgrounds, occupations and cultures. Thrives on challenges and quickly adapts to new environments and responsibilities.

With primary interests including gardening and throwing clay, Susan was born to have mud on her hands! Spare summer afternoons (which are, admittedly, rare in this business!) will find her stuccoing garden walls or jimmying huge granite boulders into position - not your average gardener! - in her Old Mission Peninsula garden, where she is slowly transforming a few acres of woodland into a showcase for her almost seven thousand perennial plant and shrub varietals. Luck, however, might find her, with clay soaked knees, at her wheel, or even shrouded in the smoke, unloading her Raku kiln...

But she doesn't stop there. Although physique might belie it, she can also be found, now and then, in her rowing shell on the bay, lugging her clubs round the golf course with friends or just crawling around the local countryside  and her garden - with a camera.

In the evenings, she might be found toiling beneath the harsh light of a jeweler's lamp - or perhaps tapping away at the next great American novel on her computer, or comfortably curled with some-one else's. And when she's out in the garden, but not working on a new, improved section, it's because she's behind a lens, trying to capture the essence of perfection in a newly opened blossom.

Susan was a founding board membr of the Botanical Garden Society of NW Michigan, and served as a director an officer for many years. She has served as a volunteer planning and planting a garden for the children at Child and Family Services and was instrumental in designing and planting other gardens in the area too, including Traverse Heights School (unfortunately lost to the recent reconstruction) and Immaculate Conception School. She spent many years as a member of the Friendly Garden Club of Traverse City and assisted with the assessment, naming, and mapping of the trees in the old Traverse City State Hospital Arboretum some years ago. She has volunteered time as a beginning French and German tutor, offering young schoolchildren their first taste of another language and was a co-founder of the area German Club, helping organize its monthly Stammtisch, for German ex-pats and those just interested in speaking the language.

Thank you for your inquiry.